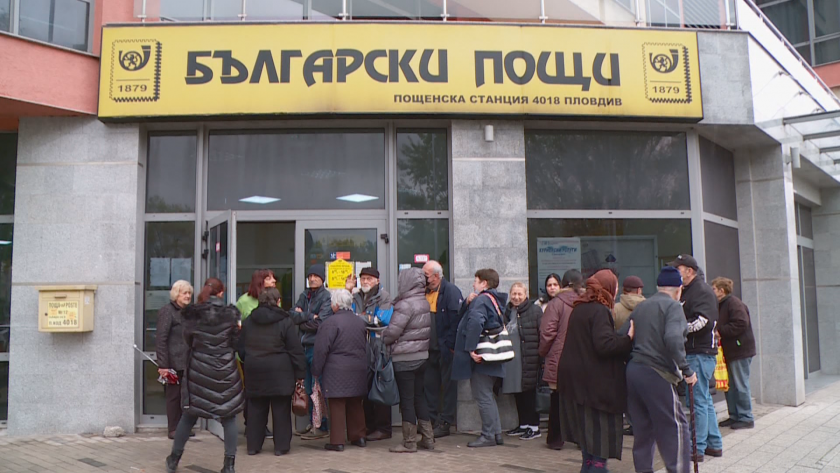 The hacker attack was detected on Saturday, April 16 and measures were immediately taken to transfer the Bulgarian Posts system to the state cloud infrastructure. An assessment is being made as to how far the system has been affected by the malicious cyber attack.

Today, employees from the Central Post Office in Plovdiv turned away many of the waiting pensioners, explaining that the computers do not work. The problem is only with payment at counters. Those who get their money by bank transfer have already received it. Earlier today, the National Social Security Institute explained that there were no delays in transfers to the post offices.

Many seniors were left today without the funds they rely on. Some said that they have been going around to different post offices in the hope that money will still be paid somewhere. But they were disappointed.

In many of the post offices, there were disruptions with the payments today.

However, in some of the smaller branches in Plovdiv they set up a temporary organisation and started to pay pensions and allowances based on a list, but only at one counter. However, people who waited to pay bills were turned away.

In Rousse, many pensioners were worried that they might be left without money for the upcoming Easter holidays.

Bulgarian Posts declined to comment in front of our TV cameras.

The e-government ministry said it was aware of the problem and was working to clarify it.

In a post on the social media network, the relevant deputy prime minister Kalina Konstantinova explained that the payment of Easter allowances for everyone is guaranteed. And work is underway to fix all technical faults as soon as possible. According to Konstantinova, however, over the past 10 years the cybersecurity of Bulgarian Posts has been systematically neglected.