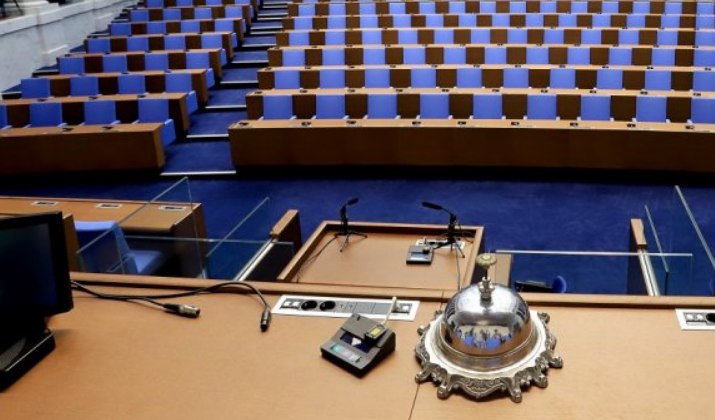 Bulgaria’s Central Election Commission (CEC) on April 6 announced the election results based 100% of the tally sheets processed. According to them, 6 parties and coalition enter the next Parliament.

Although Boyko Borissov’s centre-right GERB-Union of Democratic Forces coalition is the winner in these parliamentary elections, it does not have a majority and this raises the big question for the formation of a cabinet. The other options remain unknown - for a cabinet proposed by the second parliamentary force, as well as a third, when the President hands over the mandates for forming the government.

The voter turnout according to the data from CEC (by 17.00 on April 4) was 40% and record high turnout of the Bulgarians abroad.

Centre-right GERB-UDF coalition received the largest share of 26.18% of the votes in April 4 parliamentary elections. More than 837, 000 voters cast their ballot in support of GERB-UDF. The result is lower compared to the 2017 elections.

The party formed around TV talk show presenter Slavi Trifonov, “There is Such a People”, comes second with 17.66%.565, 000 people voted for his party. Slavi Trifonov, known to most of the Bulgarians as Slavi is a host of a popular late-night talk show and is a singer, who launched his own TV station. According to sociologists, he managed to mobilise the young people with the concerts and because he has a TV channel.

Internal contradictions in the centre-left Bulgarian Socialist Party, the main opposition of GERB in the previous Parliament, displaced it from second place. It received 15.01% of the votes. A little over 480,000 people voted for the party. The reason for the low result is the low participation of the elderly, who did not go to the polls for fear of the coronavirus.

The Movement for Rights and Freedoms, which traditionally gets the support of mainly Bulgarian ethnic Turks, is also losing part of its support and came in fourth with 10.49%. This is nearly 336,000 votes.

Hristo Ivanov’s pro-reform “Democratic Bulgaria” coalition, which united parties that ran separately in previous elections, now garnered 9.45% of the vote. This means that 302,000 people supported them.

"Rise up! Thugs out!", the coalition between former Ombudsperson Maya Manolova and the organisers of the anti-government protests in 2020, enters Parliament with 4.72% of the vote - nearly 151,000 voters supported them.

Krassimir Karakachanov’s nationalist IMRO party; BNO; Revival and the patriotic coalition “Volya-NFSB” did not surpass the parelimentary threshold of 4%. 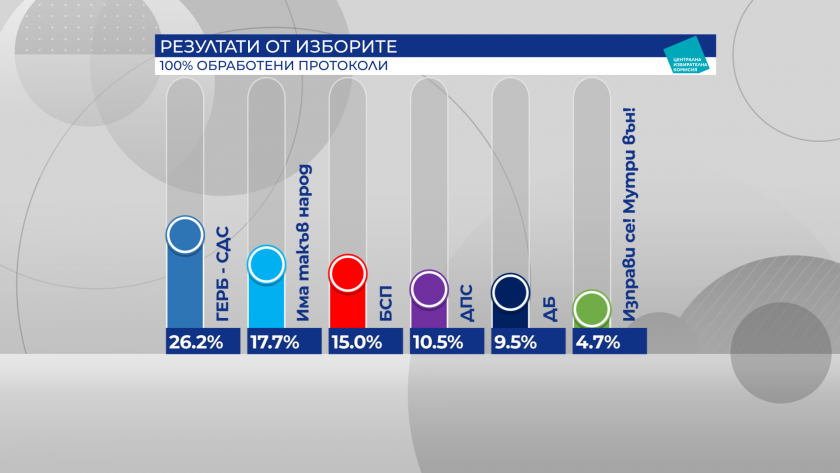 The cenre-right GERB-UD coalition is the winner in the elections in 24 out of 31 constituencies.

“There is Such a People” gets tthe largest numberof votes in Pleven. BSP is the leader in Yambol. 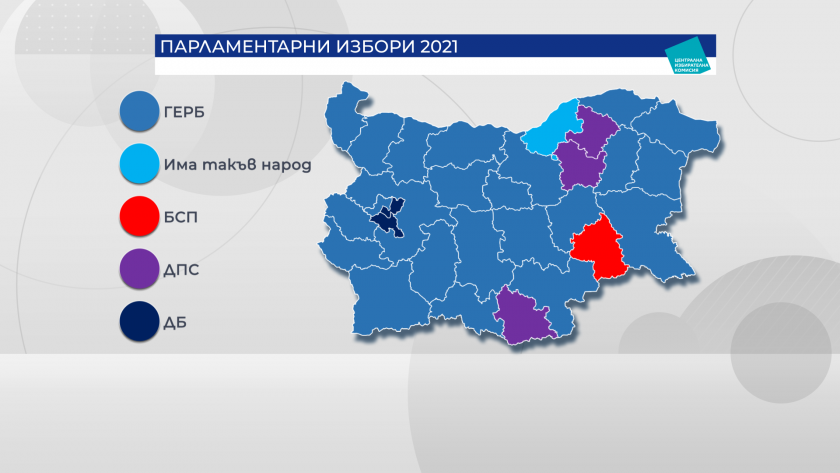 The Central Election Commission has April 8 as the deadline to announce the final results, including the number of seats won by the parties and coalitions standing in the April 2021 parliamentary elections

The names of the MPs will be announced several days later, so that those candidates who stood for election in more than one electoral district to choose which one they would represent in the next Parliament.

According to the Constitution, within a month after the election of the National Asembly (election date), Bulgaria's President Rumen Radev should convene it for its first sitting.

At this first sitting, government of Boyko Borissov should resign, after which President Rumen Radev will start the procedure for forming a government and will begin consultations with parliamentary groups.

President Rumen Radev should hand a mandate to form government to a candidiate selected by the party which has won the largest number of votes. If, within 7 days, the candidate presents the structure and composition of the cabinet and Parliament approves it by two simple majority votes, there is an elected government

If the election winner fails to propose a government that will be backed by at least 121 of 240 MPs the President should hand the mandate to a candidate proposed by the second-largest parliamentary group. The deadline for presenting a cabinet is again 7 days. If that candidate also fails to propose a cabinet that would be backed by a parliamentary majority, the President is required to hand the mandate to a representative of any of the remaining parliamentary groups.

If no government is formed after that round, the President dissolves the Parliament and within 2 month sets the date for new elections and appoints a caretaker government.