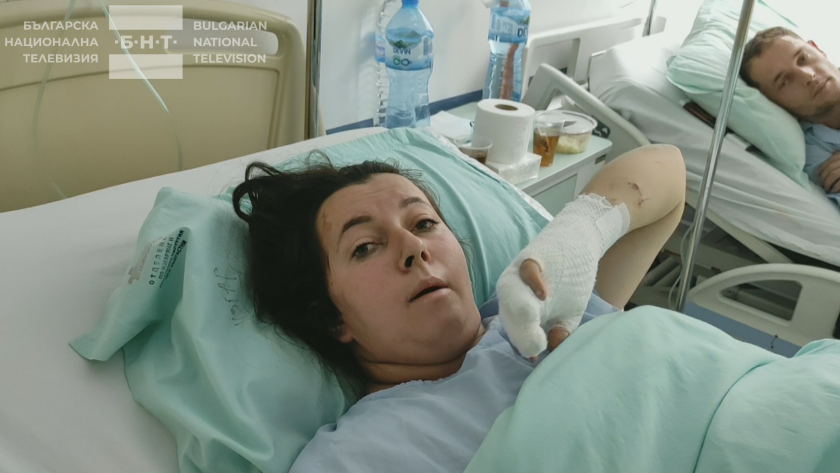 Exclusively, a team from BNT talked to the young couple Lyulyuzim and Medina, survivors from the bus that burned down on Struma Motorway on November 23.

Lulyuzim: Everything happened inside in seconds

Medina: It was late and everyone was asleep. I was also asleep, my fiancé woke me up. He broke the window. Then he jumped out. I could not see, I could only hear his voice.

24 hours after the nightmare and despite the severe pain from the burns, Lulyuzim and Medina greeted BNT team visibly calm. The two fiancés are among the few survivors of the bus fire accident, in which 45 North Macedonian tourists died.

Medina lost her voice after the fire.

Medina: There was also a man behind me who was trying to save himself. Then I managed to get out the window. God protect us. The bus crashed. .

BNT: Did the fire break out after that

BNT: When did the ambulance come?

While BNT teams was with them, they asked us to contact their relatives in North Macedonia. I gave them my mobile phone to use it because they didn't have internet. They told their family they were fine and cared for.

They also told our team about the trip to Istanbul:

Medina: We got engaged this year. We will get married soon. We were on a trip. We had a lot of fun there. We had no other relatives on the bus.

We promised to keep in touch and to the BNT question what they wanted us to bring them, the answer was simple - pastry and Internet so that can communicate with their relatives. 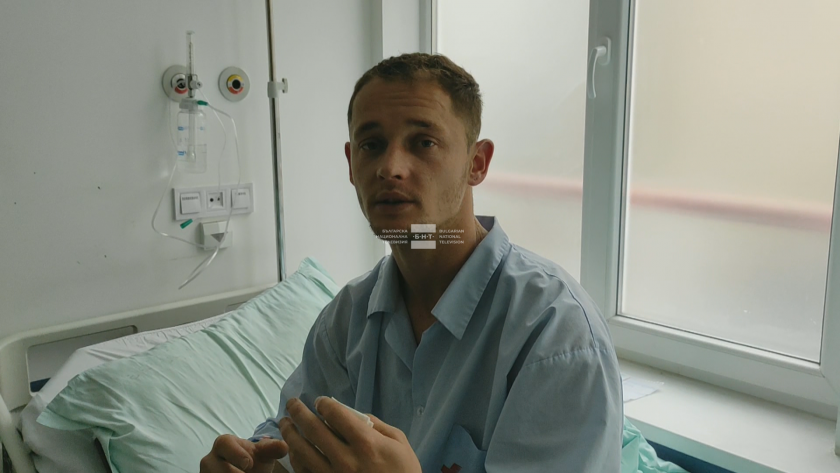 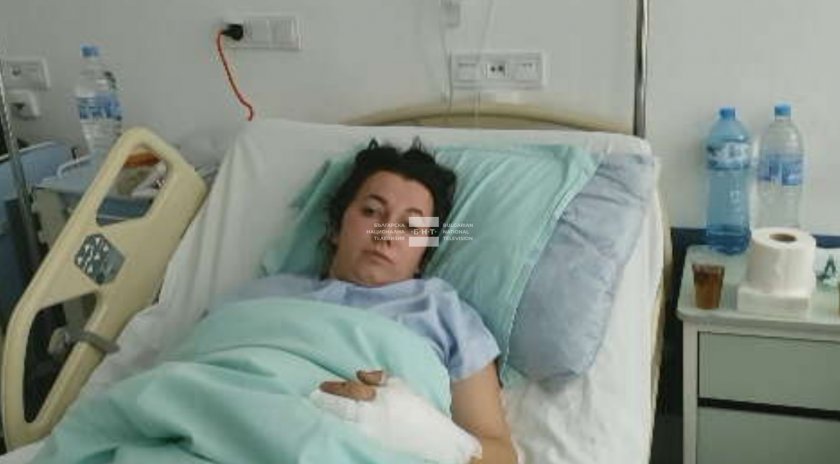 45 people, including 12 children, died after a bus crashed and caught fire on Struma motorway in western Bulgaria in the early hours on November 23.

The bus was registered in the Republic of North Macedonia and was carrying tourists, who were returning from a trip in Turkey to Skopje.

Seven people managed to break the windows of the bus and escape. They were taken to Pirogov emergency hospital in Sofia with injuries and burns..

Speaking at the accident site, Bulgarian caretaker Minister of Interior, Boyko Rashkov said the victims had been burned beyond recognition, describing it as a "terrifying scene".

The bus had been travelling as part of a convoy of four buses and had stopped off at a petrol station near Sofia shortly before the accident. The other buses, which were a few minutes ahead, returned to the Republic North Macedonia safely. 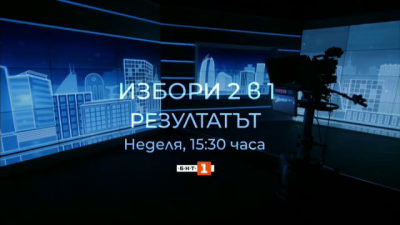