News briefing on Covid-19: Bulgaria is in the first steps towards the end of the third wave 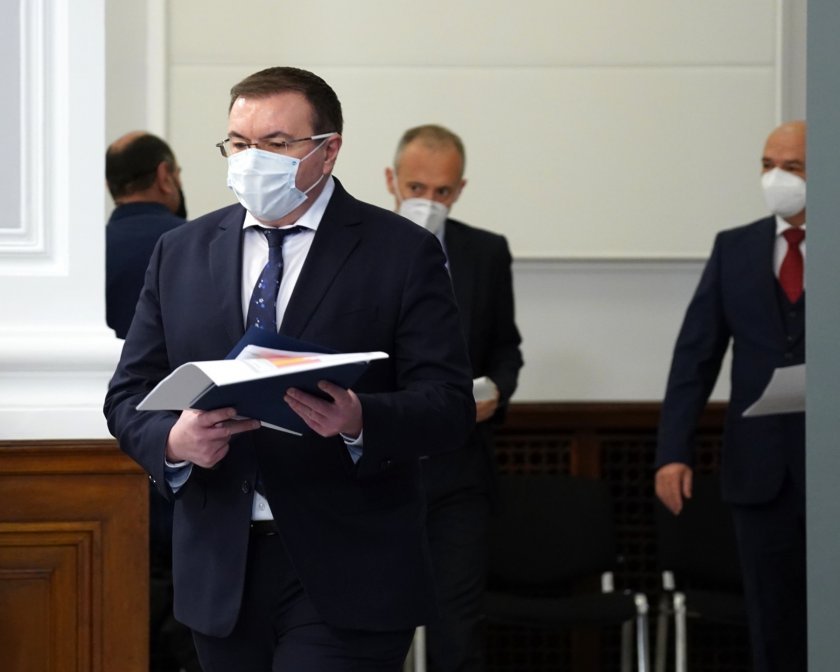 Bulgaria is in the first steps towards the end of the third wave of Covid-19, with very fragile trends of declining morbidity. There is a clear and distinct trend. Minister of Health Prof. Kostadin Angelov announced on April 8 at the beginning of the regular weekly briefing on the spread of coronavirus in the country.

Currently, 74% of hospital beds for uncomplicated Covid-19 patients and 64% of intensive care beds were occupied. According to Angelov, there was a decreasing trend in hospitalisations.

He said that by the end of the day, an order would be issued on the relaxation of some of the measures. As regards the large non-food shops, they will be allowed to re-open, with a limitation of the number of people per square metre. 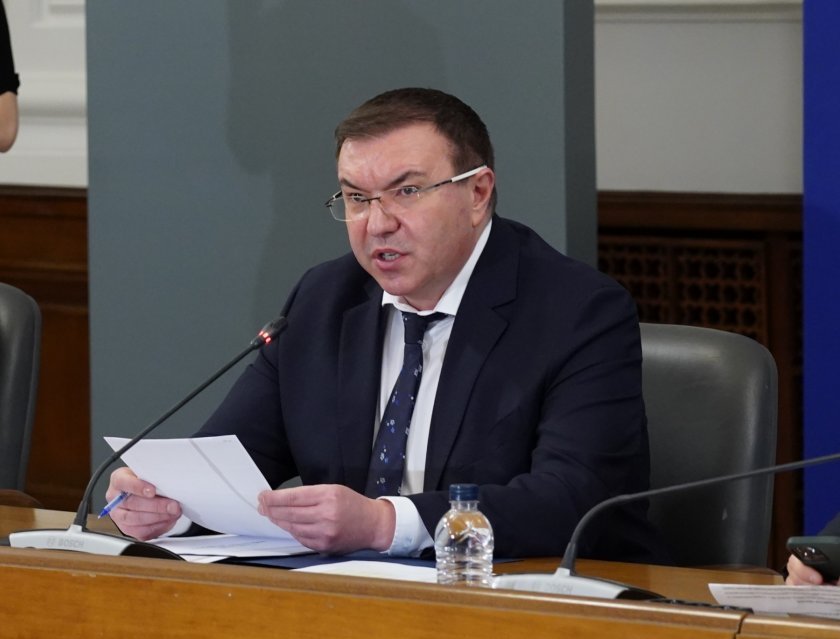 The newly confirmed cases of coronavirus in Bulgaria over the past 24 hours are 3,556 from 17,713 tests, the daily report on the National Information Portal shows on April 8. The total lab-confirmed positive cases in the country since the start of the epidemic are 364,419. The active cases are 71,720. Of the total, 10,429 patients are in hospitals, 777 of them being in intensive care. In thr past 24 hours, 2,477 recoveries, were reported bringing the total to date to 278,665. 116 Covid-19 related deaths were reported, thus bringing the death toll to date to 14,034.

For the period of the past 14 days, in terms of morbidity, Bulgaria is in 9th place in Europe and 4th in the Balkans. The countries before us in terms of morbidity in the EU are Hungary, Estonia, Poland, followed by France, Sweden, the Czech Republic, Cyprus and Slovenia. In the Balkans in front of our country are Serbia, the Republic of North Macedonia and Kosovo.

In terms of mortality, Bulgaria is second in the region. In Europe, the country is in second place after Hungary, and on the Balkan Peninsula we are right after the Republic of North Macedonia, the Chief State Health Inspector Assoc. Prof. Angel Kunchev.said. 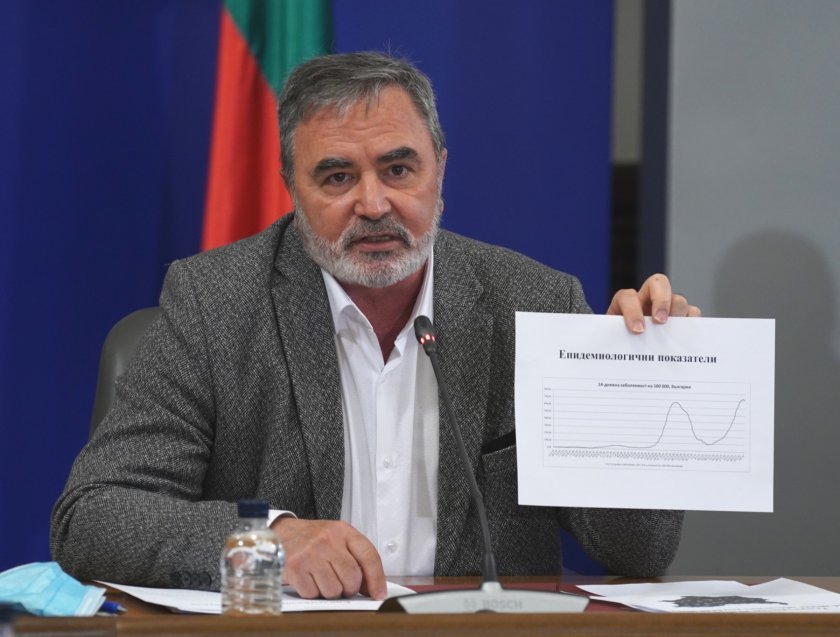 The highest prevalence of the infection, with a morbidity of more than 700 per 100,000 people, for the past 14 days, is in the districts of Sofia-city, Varna, Pernik, Bourgas, Ruse, Sofia-district. The lowest incidence remains in Razgrad, Vidin, Kardzhali, Targovishte, Veliko Turnovo and Gabrovo. 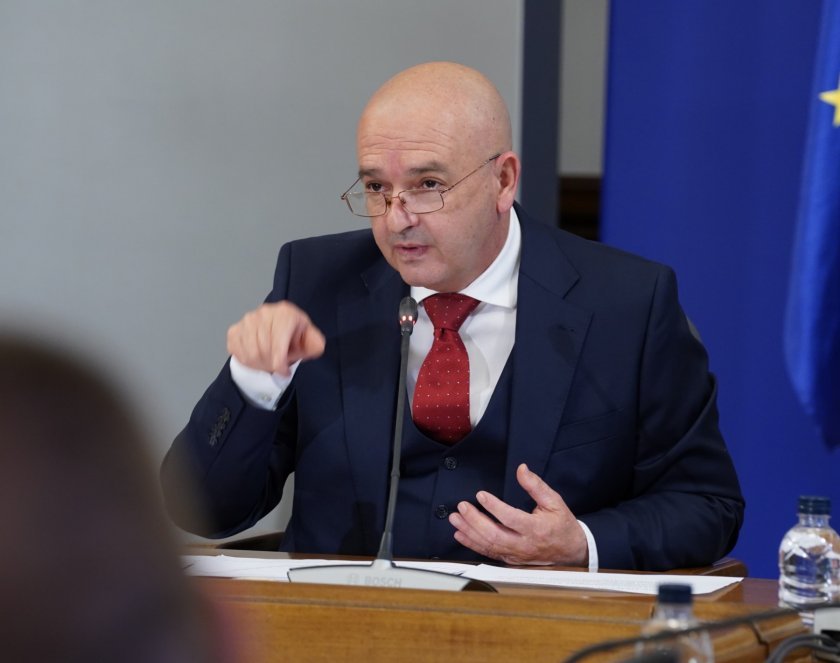 "The doward trends are extremely fragile, we have not yet reached the levels of its highest point in November, which equates us with the situation two weeks ago" said the head of the Military Medical Academy and chair of the National operational headquarters, Major General Prof. Ventsislav Mutafchyiski. According to him, there is a clear decline in pressure on hospitals.

From April 12, in-person attendance classes training for students will resume. Students from 1st to 4th grade will be the first to return to the classrooms, as well as some of those between 5th and 12th grade, the Minister of Education, Krassimir Valchev, said.

He said that currently the number of pupils and teachers who are infected with the virus is much lower than in November and December. At the moment, there are 500 teaching and non-teaching staff with Covid-19.

Minister Vulchev said that the better situation was probably due to the vaccination of school staff and because the education system was only partially with in-person classes. 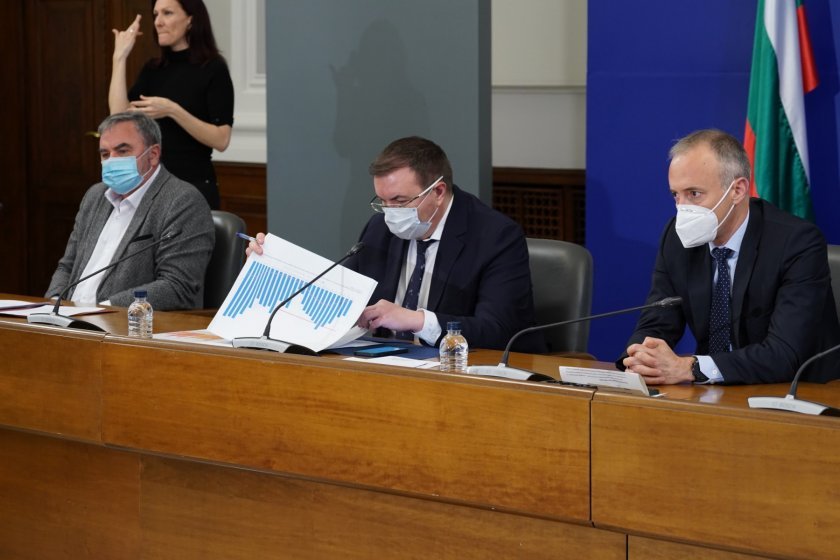 The preliminary review of data on three new vaccines, for which the opinion of the European Medicines Agency is expected - Novavax, CureVac and the Russian vaccine, continues. Preclinical and clinical data are still being assessed, said Bogdan Kirilov, director of the Bulgarian Medicines Agency.

"Preliminary consultations with the Chinese Sinovac vaccine continue. At this stage, the data review procedure has not yet started. "Consultations are being held on the studies that manufacturers should do regarding the effectiveness of vaccines against new variants of the coronavirus," he explained.

Kirilov told the briefing that the European Medicines Agency (EMA) had found that the benefit-risk balance of the AstraZeneca vaccine was positive and it should continue to be administered. 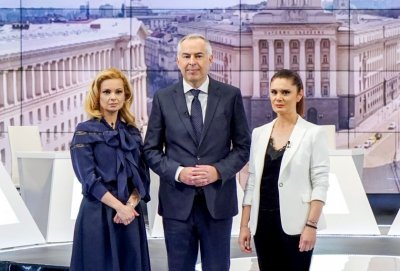