News briefing on Covid-19: Currently, 12 districts in Bulgaria are in the red zone 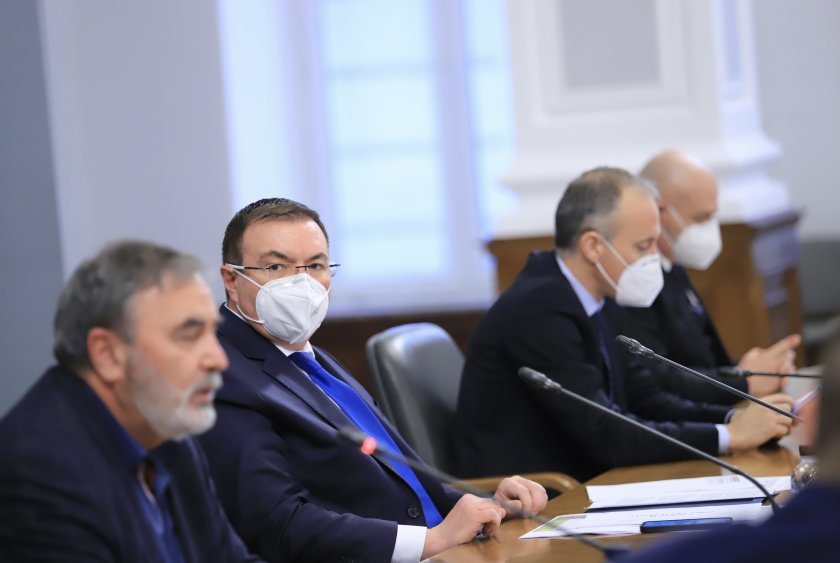 If the new Covid-19 cases reach 200 per 100,000 people, the anti-epidemic measures measures will be changed immediately. This was announced at the regular weekly briefing on the spread of coronavirus in Bulgaria by Health minister, Prof. Kostadin Angelov on February 11. He noted at the outset that there has been a steady upward trend in new cases in the recent weeks. Currently, the daily morbidity in Bulgaria is 143 per 100,000 people.

"In the recent weeks, we have noticed and reported a steady trend of increasing Covid-19 cases. At the same time, thanks to the measures that are in effect in the country and have the lowest index of severity, we are able to maintain sustainable morbidity in Europe," said the Minister. 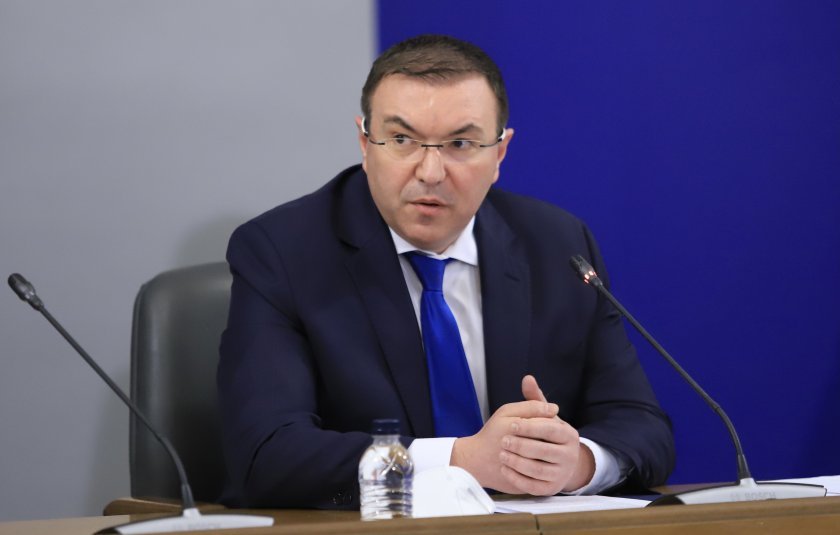 For comparison, the measures in Bulgara are extremely liberal and thanks to them we achieve the results as a rate of morbidity and mortality compared to EU levels, said Prof. Angelov and added that for the past week the trend is reversed – 5,708 new cases were confirmed and 3,659 recovered.

The occupancy of beds in the medical establishments for Covid-19 patients without complications is 35%, and for intensive care is 38%. The occupancy of hospital beds is higher in the districts of Blagoevgrad, Varna, Gabrovo, Pazardzhik, Silistra, Sofia district, Haskovo and Shoumen.

57 teachers have tested positive for coronavirus in the mass testing. A total of 23,007 tests were carried out, the Health Minister said. 17 people from the non-teaching school staff tested positive out of a total of 6,327 tests.

"All of us as a team standing in front of you pay an extremely high price, but only in this way can we win over this virus. We are currently in a global crisis," said the Minister of Health and added that probably what is happening in Europe and Bulgaria is the beginning of a third wave of spread of the virus.

In Bulgaria, 12 districts are already in the "red zone" in terms of the spread of coronavirus, 12 are in the "orange zone", and only 4 are in the "yellow zone" - Vidin, Dobrich, Razgrad, Targovishte, said Chief State Health Inspector Assoc. Prof. Angel Kunchev told the briefing. 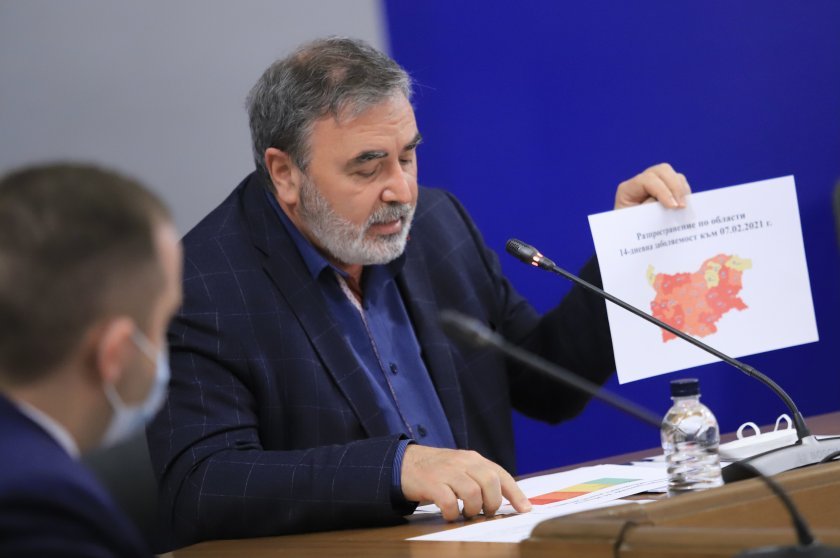 "The rate of increase is not very high yet, but it is visible. It is noticed in both morbidity and mortality," explained Assoc. Prof. Kunchev.

There is no data whether the return of students to the classrooms is a reason for increasing the number of new patients, Minister of Education Krassimir Valchev said. He added that the decisions are being made according to the situation, but again defended the benefits of the ​in-person attendance of classes for the children.

"It is debatable which environment contributes to the increase of the infection rate. The education system is an environment of many, many hours of interaction," he said, explaining that nearly 650,000 children and students are currently go to school in-person. 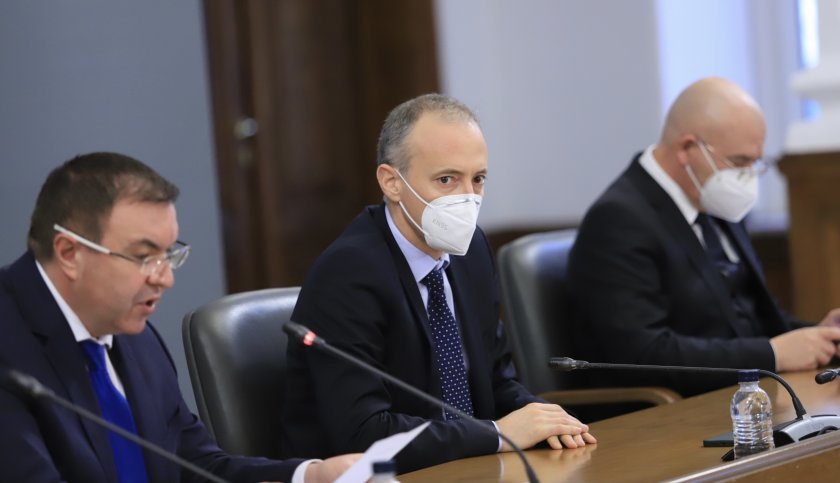 “The problem is not so much the child but the classroom as an environment of interaction," the minister said.

Data from January show that the primary and pre-school stages have contributed relatively little to the increase in the infection rate. "We took a risk with the older students. We said that education is a priority and a value and it is worth taking that risk. If the situation worsens, we will changes this schedule. Our goal is maximum in-person attendance classes," Krassimir Valchev said.

Today, 6,000 doses of the Moderna vaccine are expected to arrive. We are also expecting 31,200 doses of the Astra Zeneca vaccine, the executive director of the Medicines Agency,. Bogdan Kirilov said. By the end of February, a total of 260,000 doses of Astra Zeneca and another 100,000 of the other vaccines will arrive in the country, he explained.

The Minister of Health confirmed that the work on the preparation of a medical protocol for the conduct of the upcoming parliamentary elections continues. He recalled that he had committed to the document being ready 45 days before the date of the vote. "We are waiting for the Central Election Commision's comments by the end of this week. The final version will be presented no later than February 18, " he said.

"We have written letters to the CEC asking them to nominate these people as soon as possible through talks with the parliamentary forces that will nominate representatives who are legally entitled to be members of the sectional election commissions. Our goal is to give the first dose of the vaccine no later than March 5, so that we have time to give a second dose. And then have time to achieve the so-called strained immunity so that it can be effective on the election day in April. We are waiting for a reply from CEC,” health minister explained.