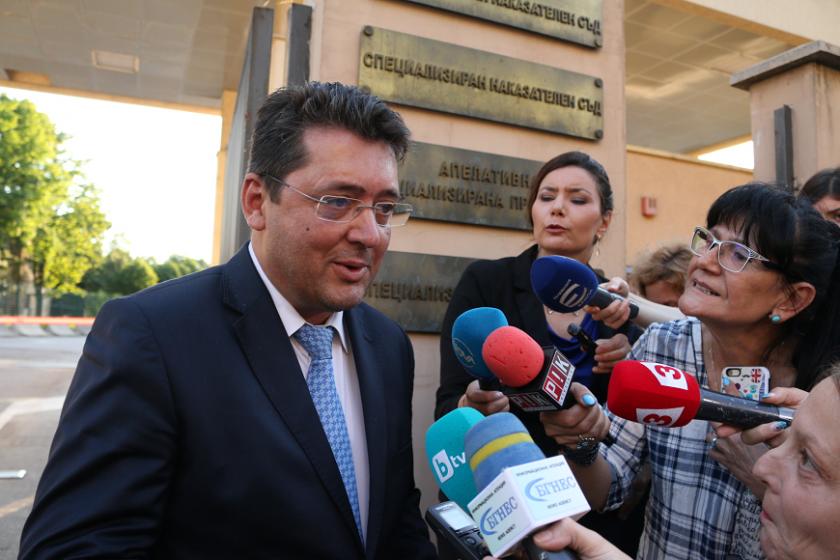 The European Anti-Fraud Office (OLAF) found irregularities in the purchase of all-terrain vehicles for the Bulgarian police.

The investigation refers to a contract signed in March, 2017 for the purchase of police cars with European funds.

The contract with the supplier, however, was signed in early 2018. According to OLAF, the grant agreement between the Ministry of Interior and the European Commission was breached by buying cars from old stocks instead of new all-terrain police cars. OLAF recommends the recovery of nearly € 6 million to the EU budget. According to the check, there are grounds to believe that employees of the Ministry of Interior, who unilaterally changed the terms of the contract, probably committed abuse of office under the Bulgarian Penal Code, affecting the financial interests of the EU.

The public procurement for the supply of cars was in the period March - April 2017, when the caretaker Minister of Interior was Plamen Uzunov, who currently is President’s secretary on legal affairs and anti-corruption

As regards the linking of Uzunov's name to the case, the press office of the head of state disseminated the contract for the purchase of the cars. They emphasize that it was concluded several months after the end of the term of the then caretaker government.

The full text of OLAF's communication from February 1, 2021:

The Bulgarian Ministry of the Interior breached the terms of its grant agreement by using EU money to buy SUVs from older stocks instead of new all-terrain police cars, according to an investigation closed recently by OLAF, the European Anti-Fraud Office. OLAF has recommended the recovery of nearly €6 million in European funds and that criminal proceedings could be considered against officials of the Ministry.

OLAF’s investigation began in July 2018 following allegations of fraud and the misappropriation of EU funds from the EU Internal Security Fund grant agreement managed by the Bulgarian Ministry of Interior. The agreement concerned the delivery of 350 all-terrain vehicles for use by the police.

During the course of its investigation, OLAF collected and analysed all the relevant documentation from the Bulgarian Ministry of Interior and interviewed all the key participants in the preparation and implementation of the tender. All parties concerned in the investigation cooperated fully with OLAF’s investigators.

OLAF discovered that the Ministry of Interior had breached the provisions of the grant agreement by unilaterally changing its conditions. In particular, the Ministry opted to purchase a number of SUVs (sport utility vehicles) instead of the all-terrain vehicles that were the subject of the grant agreement. OLAF also concluded that there were grounds to believe that a criminal act (abuse of power under the Bulgarian Penal Code) affecting the financial interests of the EU could have been committed by officials of the Ministry.

The investigation was closed by OLAF in December 2020 with recommendations to the European Commission (which manages the fund) to recover €5,948,569. Further recommendations were made to the Bulgarian Prosecutors’ Office to consider opening a criminal investigation for abuse of power to the benefit of a third party.

It is for the competent EU and national authorities to examine and decide on the follow-up of OLAF’s recommendations. All persons concerned are presumed to be innocent until proven guilty in a competent court of law.

Ville Itälä, OLAF Director-General, said: “Manipulated tenders allowing potential fraudsters to line their own pockets at the expense of citizens is a typical fraud pattern seen by OLAF’s investigators all too often. It is all the more worrying when such a vital public service as the police could have been the victim of this sort of activity, and I urge the Bulgarian Prosecutor’s Office to give proper consideration to our recommendation of legal action. This would send a clear message that nobody is above the law and that OLAF and its partners across Europe will continue to work tirelessly to protect European taxpayers’ money.”

OLAF’s mission is to detect, investigate and stop fraud with EU funds.

OLAF fulfils its mission by:
• carrying out independent investigations into fraud and corruption involving EU funds, so as to ensure that all EU taxpayers’ money reaches projects that can create jobs and growth in Europe;
• contributing to strengthening citizens’ trust in the EU Institutions by investigating serious misconduct by EU staff and members of the EU Institutions;
• developing a sound EU anti-fraud policy.