OVER 6,000 PARTICIPATE IN THE INTERNATIONAL MUMMERS FESTIVAL “SURVA” IN PERNIK (update)

The 50th edition of the International Mummers Festival “Surva” was opened in the Bulgarian town of Pernik on 29th of January.  Over 110  masquerade groups, 92 of which are Bulgarian,  compete for “The Golden Mask”, which is the prize of the festival. It...

The 50th edition of the International Mummers Festival “Surva” was opened in the Bulgarian town of Pernik on 29th of January.  Over 110  masquerade groups, 92 of which are Bulgarian,  compete for “The Golden Mask”, which is the prize of the festival. It will run from 29th to 31st of January.

Director-General of UNESCO, Irina Bokova, opened a "Surva in Pernik" exhibition at the National Ethnographic Museum with the Bulgarian Academy of Sciences.

A record high number of mummers - 6,400  people from all ethnographic regions of Bulgaria and guests from other countries participate in the festival.

Mummers (Kukeri in Bulgarian) is a Bulgarian tradition of Thracian origins. In ancient times the old Thracians held the Mummers Play in honour of god Dionysus.

The Mummers plays are performed by men only, dressed in colourful hand-made costumes and wearing scary masks. Each wears a leather belt around the waist with huge copper bells (chanove) attached to it. The mask, according to folklore beliefs, protects from the harmful influence of evil spirits.

In different ethnographic regions of Bulgaria men put on masks around New Year, during the twelve days of Christmas (Christmas till Epiphany), on Sirni Zagovezni (Forgiveness Day), and on Todorova Nedelia (the Sunday before the start of the Easter Fast).

The symbolic meaning of the winter and pre-spring rituals is related to the end of the old year, the beginning of the new and to the awakening of nature for new life. These rituals represent the wish for a rich harvest, good health and fertility for humans and farm animals.

The dance of the masked men is a mystic unity of rhythm, sound, and colour. Moving in a special step, mummers walk around, jump and dance special magic dances to scare away the evil spirits, to celebrate the beginning of spring and hopes for a good harvest, health, land fertility, and happiness.

The sounds of the bells hanging from the belts of the dancers are believed to strengthen the protective properties of the masks.

The festival held in Pernik is the oldest festival of the masquerade games in Bulgaria. The first edition was opened on 16th of January, 1966.

In the different parts of Bulgaria mummers are called Kukeri, Survakari, Babugeri and Dzhamilari. This ancient custom became even more popular after 1985, when the festival gained international-event status.

In 1995, Pernik became member of the European Carnival Cities Federation (ECCF). In July 2009, the President of the ECCF, Henry Van Der Kroon declared Pernik a European Capital of Sourvakar and Mummer traditions.

In December 2015, "Surva" was included in UNESCO’s list of protected non-material cultural heritage. 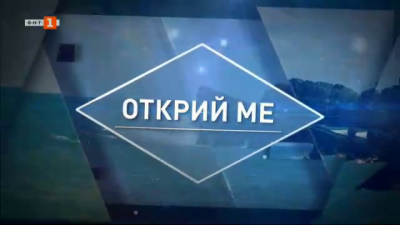