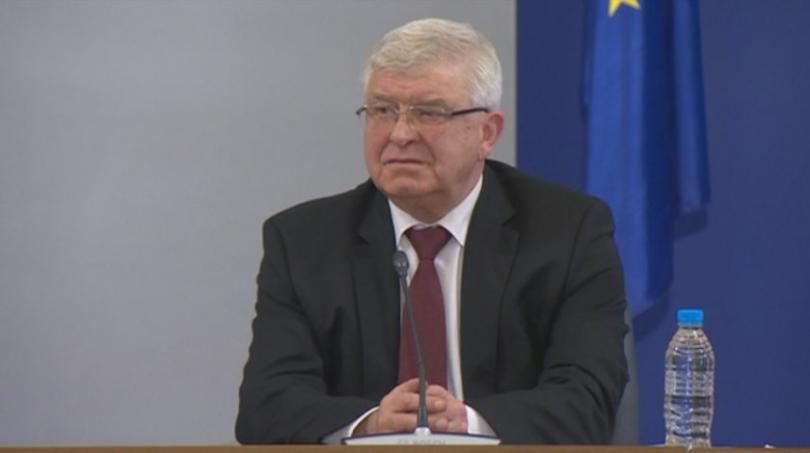 Bulgaria’s government this evening declared an emergency epidemic situation for a month, from May 14 to June 14 to replace the state of emergency over the spread of coronavirus.

The decision was adopted following an extraordinary government meeting via videoconference on May 13 between Prime Minister Boyko Borissov and the members of the Council of Ministers.

The COVID-19 pandemic is a serious public health emergency situation nationally and globally and poses an immediate threat to the lives and health of citizens, the statement of the cabinet said.

The disease puts the public health system in an emergency situation, in which the timely response and introduction of measures to reduce the risk of spread, as well as the possibility for their change and adaptation according to the latest scientific data on the disease and its cause, is necessary and extremely important.

Based on an assessment of the existing epidemic risk in Bulgaria drafted by the Chief State Health Inspector and the identified imminent danger to the life and health of the citizens, the Minister of Health proposed to the Council of Ministers that an emergency epidemic situation is introduced.

Soon after the government annnounced its decision, the Minister of Health gave a briefing, aired live on BNT.

Today, May 13, was the final day of the state emergency which had been introduced to curb the spread of the coronavirus. The law on the amendments to the Health Act was promulgated today. It provides for powers for application of anti-epidemic measures.

We think that the measures applied so far should be continued. We are convinced in that as a result of the assessment prepared by the chief state health inspector on the development of the disease and analysis of the measures undertaken so far, health minister explained.

The motives for the decision for the emergency epidemic situation include:

The Minister of Health is about to issue several orders, which will take effect from 00:01 on May 14. They are grouped into 4 types:

He also said that all measures known so far will remain in force, such as wearing protective face masks in indoor public places and public transport, as well as maintaining the required physical distance.

Today there was a meeting of the National Task Force with the Prime Minister and a decision was made to present the data on the spread of coronavirus infection in the country once a day, and not twice as it used to be, said the Minister in response to a question from BNT.

The restriction for the entry of foreign citizens in Bulgaria remains, Minister Ananiev ssaid. We have reciprocal rules for entering and leaving the territory of our neighbouring countries, he added.

The obligatory quarantine of 14 days when entering the territory of Bulgaria from abroad remains in effect.

There will be no difference between foreigners coming to Bulgaria and Bulgarians on holiday in other countries. There will be 14 days of quarantine for everyone, the minister said after a question from a BNT reporter.

We have created the necessary conditions for the training of Bulgarian Olympic athletes in the national bases, Ananiev added. However, where this is not possible, there can be no relaxation of measures.

The football matches after June 5 will be held without an audience - definitely. Only the staffs of the teams and the medical personnel will be present, Ananiev added.

One of the new orders recommends that employers arrange for their staff to work remotely to the greatest possible extent. It is also recommended that people aged over 60 also work from home wherever possible, the minister explained.

As regards re-opening of kindergartens

Today, the minister of education and I made a plan to send a survey to all parents, to see what their attitude is to let their children in nurseries and kindergartens. We have made an algorithm with the requirements for each nursery and kindergarten, and based on this we will make a decision, Ananiev said.There will be requirements for parents and children, as well as for the staff. All necessary anti-epidemic measures will be implemented.